The fruitful use of embodied learning techniques within different educational contexts has given further confirmation that everyone learns differently from the others.

This applies especially to the study of languages which, as has been shown, can follow different patterns of learning. As an example, for many people the physical component is as much involved in the learning process as the mental one.

Consequently, pedagogical research has tried to develop an educational model focused on the use of the body during lessons in order to stimulate the involvement of students and, consequently, to improve the learning process as a whole.

This model is called embodied learning. What it is then and how it works? That is the topic we are going to explore further in this article!

The way we learn(ed)

It seems almost trivial to say that we could not live any kind of experience, not even of intellectual nature, without the presence of the body. But indeed the importance of the physical dimension has long been overshadowed by the cognitive sciences.

In fact, the dichotomy between body and mind, originally set by Cartesian philosophy, was later rooted in contemporary theories of the nature of knowledge and language.

One of the aspects common to the cognitivist theories that developed between the 70s and 80s of the Twentieth century, was that the mind and its processes, including language, had no direct link with external objects.

This approach, which divides mind and body, has been absorbed by the main school practices in the United States and Europe. Thus deeply influencing the way in which students learn.

During the 21st century, pedagogical science has tried to introduce innovations in traditional education, with the aim of providing the most adequate preparation for an increasingly complex and changing reality.

With respect to the traditional dualistic conception of body and mind as separate entities, embodied learning aims to renew school practices by bringing the physical dimension to the center of the classroom.

What is embodied learning?

“Pedagogical approaches that focus on the non-mental factors involved in learning, and that signal the importance of the body and feeling.” 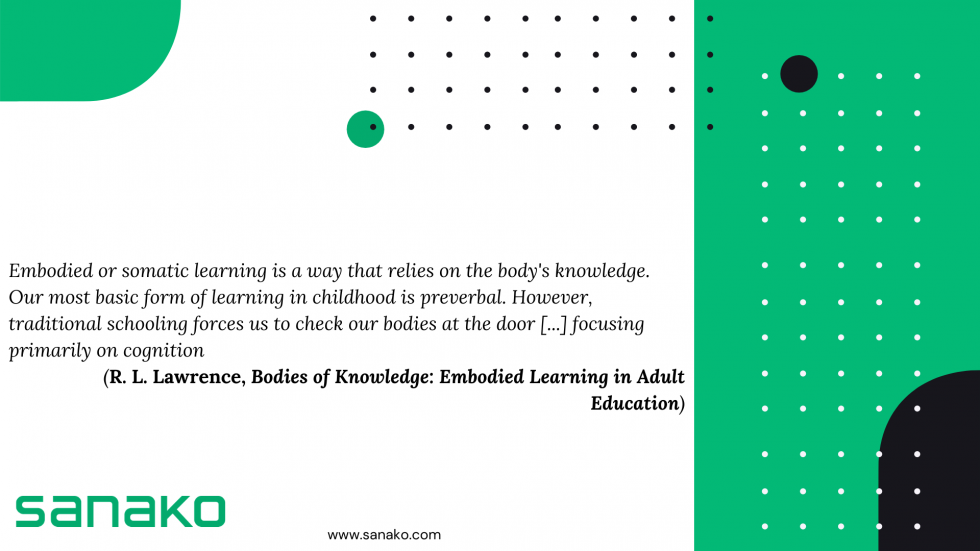 Therefore, the focus of embodied learning is the relationship between body and mind. From this, derive the key pedagogical principles of this method, summarized as follows in a 2013 study:

To sum up, the central tenet of this approach is that action and thinking are assumed as two simultaneous moments of the learning process.

The language and the body

The study of the process by which children learn to speak, which includes ”a multitude of sensorimotor acts“, has inspired experiments aimed at testing the effectiveness of embodied learning in modern languages classes.

With regard to the study of a foreign language, a recent study realized two physically active scenarios and compared the learning outcomes with those of a sedentary scenario.

The experiment highlighted some beneficial aspects of the use of embodied learning methodology within foreign language classes.

Firstly, the study recorded a greater emotional involvement in students involved in physical activities than those in the sedentary scenario.

Equally important, is the fact that the study revealed a significant impact of physical activities on the cognition faculties of the students.

Then again, the research underlines the set of experimental data that have demonstrated a positive correlation between physical activities and children’s learning outcomes:

Positively influencing children’s enjoyment though classroom-based physical activity is relevant for cognition, since changes in positive affect have been found to mediate the relationship between cognitive engaging activities and children’s attentional performance.

Indeed, this type of conclusion is reiterated by the firm itself, which notes that the experiment has shown that the embodied learning and the physical activity scenarios were “more effective in teaching children new words” than the sedentary scenario.

How to apply embodied learning in your language classroom?

To be sure, there are many physical activities that one could envision to bring in the language classroom.

However, for brevity’s sake, we just want to point out some of the active learning solutions that we consider to be the most engaging and profitable for the study of foreign languages. Let’s check out the list below, then.

1. Games that include movement – motion sensing technology is at the core of the Kinect-based games from Microsoft and from other tech-companies (eg. Nintendo Wii). Similarly, Augmented and Virtual Reality devices and games immerse the player/learner deep into movement and make them be in the scene rather than being just an outside observer. In 2021 there are games utilising these technologies in the market that also are usable for language teaching and learning needs. 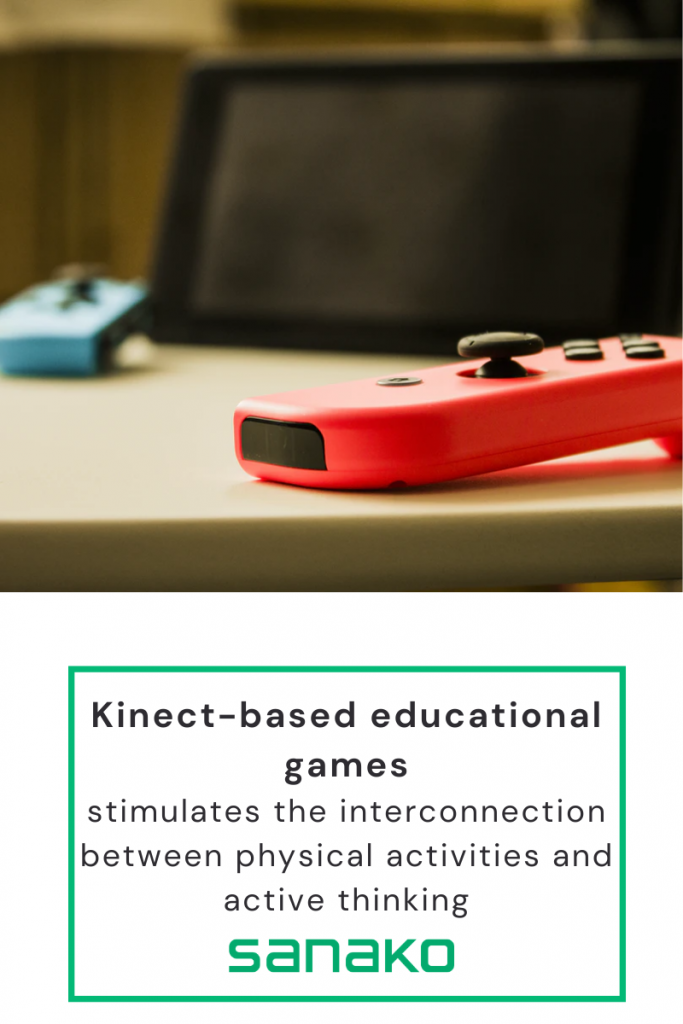 2. Role-playing and acting – Role-play is one of the all-time favorite language learning activities for many language teachers. This is an effective technique to get learners engaged, and make language learning a fun and more immersive experience. A simple example is to assign student groups to present a simple scene from a popular movie or a story in the target language. 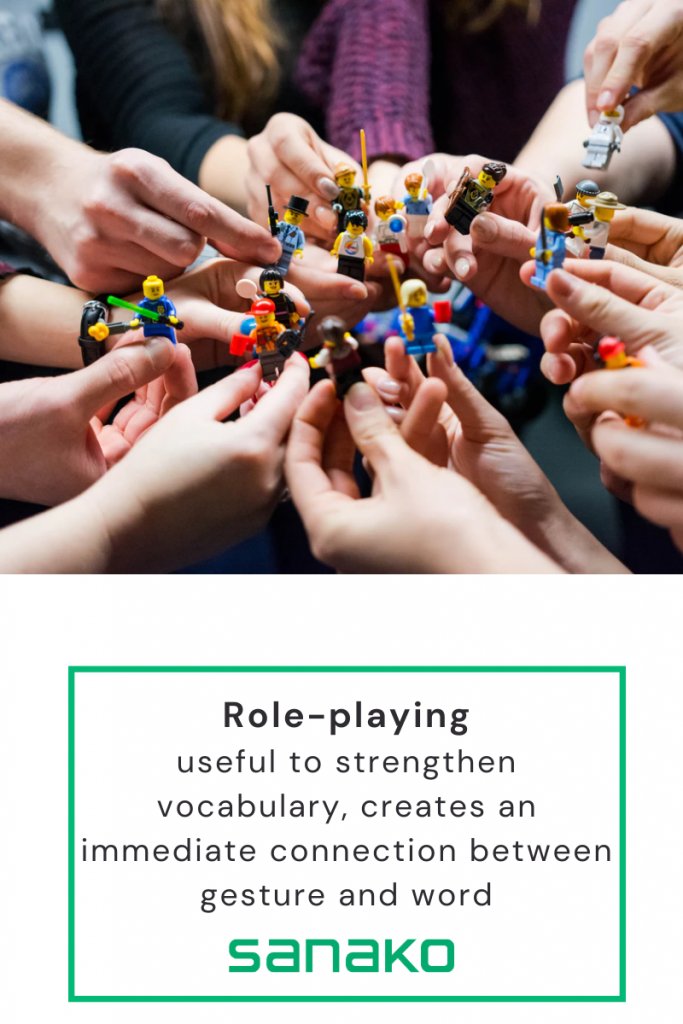 3. Drawing comics – Drawing and arts combine thinking and movement in a very natural and enjoyable way. This is a language learning activity that triggers many senses and processes, including not only the hand movement but also attaching a picture and images to the right words and context. 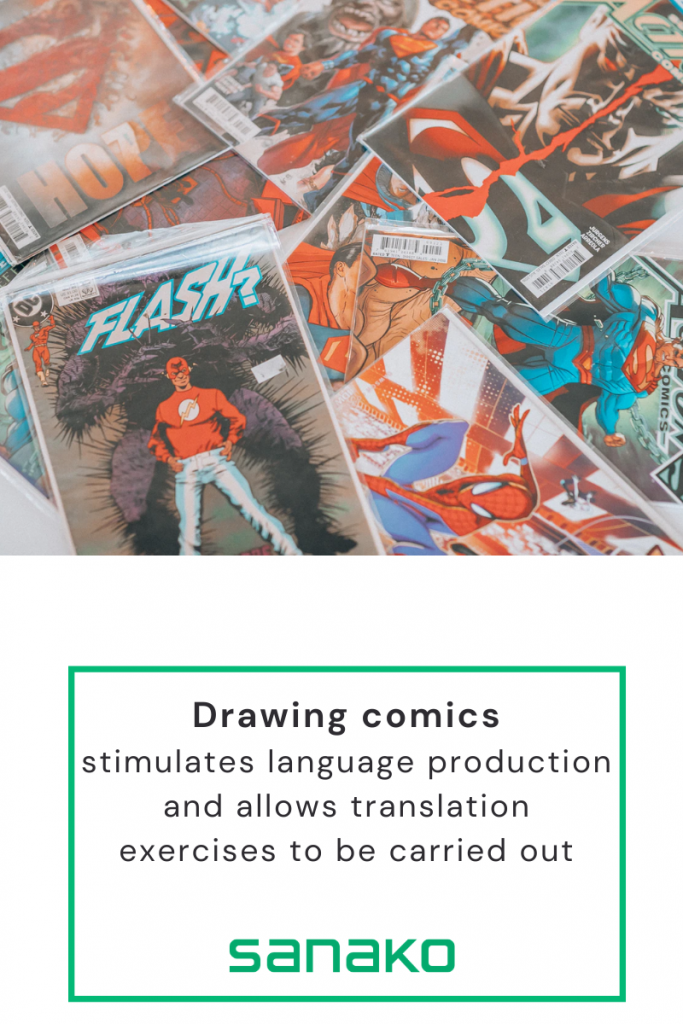 Resources used in this article:

Edsys, How to bring in the concept of Embodied Learning in Classrooms?

M. Macedonia, Embodied Learning: Why at School the Mind Needs the Body, in Frontiers in Psychology, 10/2019

OECD, Teachers as Designers of Learning Environments. The Importance of Innovative Pedagogies