The announcement in April 2021 that Birmingham’s Aston University in the United Kingdom was consulting on plans to close its entire history, languages and translation department unsurprisingly generated significant criticism from staff, students and the wider academic community.

The decision came as the UK government’s Education Secretary Gavin Williamson called for universities to ensure that the courses they offer ‘focus more heavily upon subjects which deliver strong graduate employment outcomes in areas of economic and societal importance, such as STEM, nursing and teaching.’

But what do such pronouncements mean for the future of language studies in the UK and how closely does the UK’s position mirror that of other governments globally?

Support for language education in the UK

It’s perhaps worth noting that each of the four countries in the UK is responsible for its own language strategy, although there is currently no specific policy currently in place in England. Ministers have repeatedly expressed a general commitment to the importance of languages, but actual policy statements are confined to the frameworks set out in the National Curriculum. This states that a foreign language will be taught to all pupils in Key Stages 2 and 3 (ages 7-14), although in the primary sector (7-11) this may be a classical language.

Foreign languages do form one of the five pillars of the government’s English Baccalaureate (EBacc) measure of school performance alongside English, mathematics, the sciences, and the humanities (geography or history). As the British Council’s Language Trends 2020 report makes clear, the EBacc did have a brief, positive impact on language uptake, but of those who entered only 4 of the 5 components, over 80% were missing the languages component.

The position is rather different in the other 3 UK countries. Although recent reports suggest that language teaching in Northern Ireland “all but collapsed” during the Covid-19 pandemic, there is evidence of a clearer commitment in Scotland and Wales. The Scotish Government has repeated its ambition “to ensuring that all children and young people in Scotland are equipped with the skills they need for life and work, and language skills are very much part of this commitment.” They have pledged to enable and encourage every child to learn two additional languages– the 1+2 approach – with significant extra funding for local authorities and delivery partners.

Furthermore, the recently published – ‘Global Futures: A plan to improve and promote modern foreign languages in Wales 2020 to 2022‘ is clearly aimed at supporting language learning across the country. The strategy aims to introduce “additional languages at a much younger age to ignite learners’ enthusiasm for a lifelong interest in languages, which opens the door to other people’s cultures.”

Support for language education in the EU 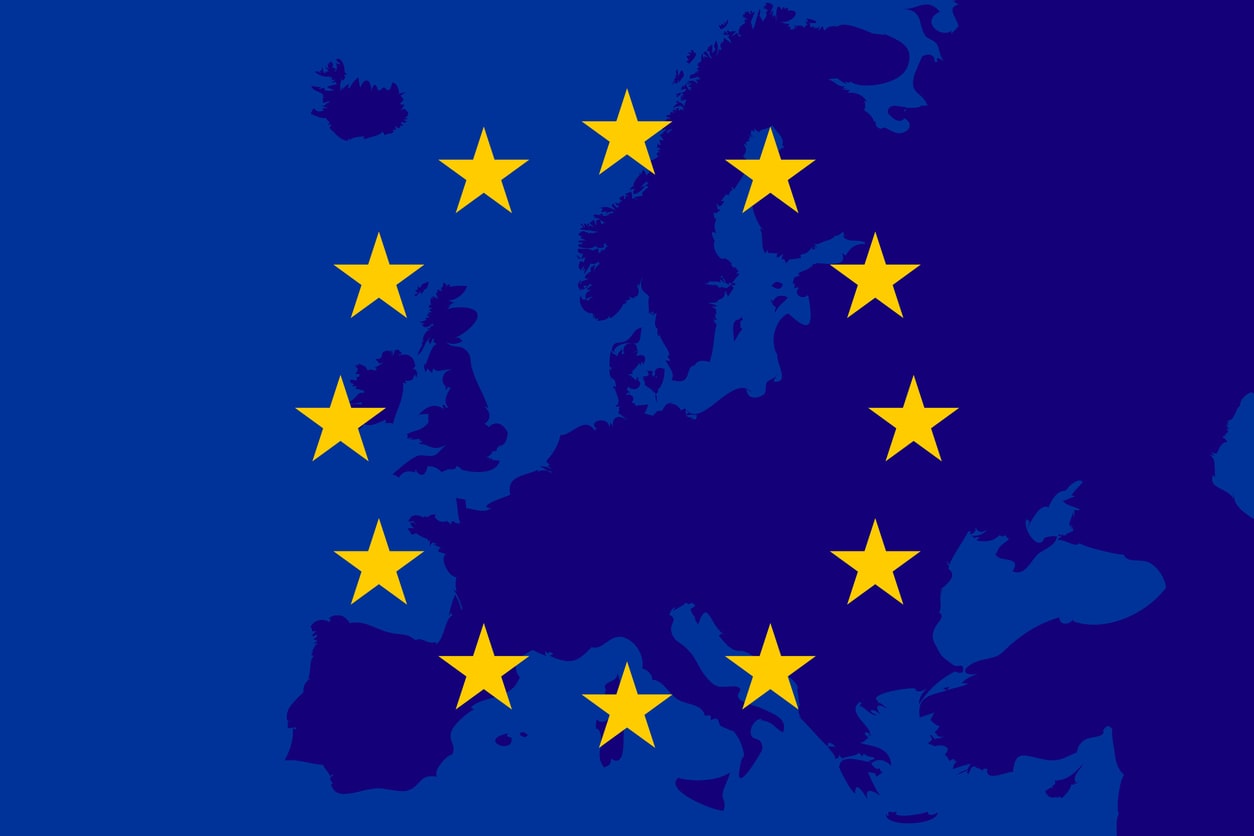 Yet the overall outputs from across the UK are gloomy and a recent report emphasised the need for action to address what it described as a “growing crisis in language learning.” The Higher Education Policy Institute’s report, “A Languages Crisis?”, highlights a huge drop in demand for language learning. The paper demonstrates that only 32% of 15-to-30 year olds in the UK can read and write in two or more languages (including their first language). This is less than half the level in the second-lowest EU country (71% in Hungary), and significantly less than France (79%), Germany (91%) and Denmark (99%).

These results reflect the fact that at the European level, there is a clear commitment to the importance of language learning. With a detailed policy focused on strengthening multilingualism, the European Commission is an active force in promoting language learning and linguistic diversity across Europe.

Improving language teaching and learning is clearly identified as a priority for the EU. They are working together with national governments to ensure that all EU citizens (some 445 million people) can learn at least two foreign languages and can begin learning foreign languages at an early age.

Support for language education in the United States

Across the Atlantic, there’s clear evidence of a much lower priority being attached to foreign language in the US, where far fewer K-12 students participate. According to a 2017 report from the nonprofit American Councils for International Education, only 20% of K-12 students across all states are enrolled in foreign language classes. The report identifies that New Jersey (51%) has the most students studying a language, followed by the District of Columbia (47%) and Wisconsin (36%). However, most states have less than 25% participation, with only 9% of students studying a foreign language in Arizona, Arkansas and New Mexico, for example. In fact, 16 states have no high school graduation guidelines for foreign language education at all.

The situation is similarly concerning across all education sectors. According to a recent article in the Economist, the most recent research from the Modern Language Association “found a drop of 9.2% in enrolment in US university-level foreign-languages courses between 2013 and 2016.” Language ability across the general population is also strikingly low – EU data suggests that 66% of all European adults have some knowledge of more than one language, whereas the share of US adults is closer to 20%*.

*U.S. Census Bureau, “Detailed Languages Spoken at Home and Ability to Speak English for the Population 5 Years and Over for the United States: 2009–2013.”

Support for language education in China

The limited US focus on language learning is also evident when compared to its major global competitor, China. Even at the macro-level, the difference is obvious. According to Foreign Policy magazine, an estimated 300–400 million Chinese students are now learning English, yet only about 200,000 U.S. students currently study Chinese.

The drive to build Chinese language expertise forms part of President Xi Jinping’s “Belt and Road Initiative”, which has seen a transformation of higher education as specialised universities produce graduates to specifically meet these ambitious national goals. New institutions such as Beijing Foreign Studies University have been established with a specific focus on foreign language studies. They tend to allow students to learn their target languages from undergraduate to Phd level.

Significant growth is also evident in the general consumer language learning market in China. Just looking at the number of TOEFL IBT test centres in China shows an increase from 38 in 2013 to 47 in 2019, according to the 2019 International Education Industry Research Report. Importantly, the Chinese Ministry of Education and the State Language Commission are also active in the language teaching landscape, creating the China Standards of English (CSE), a national framework of English language ability in 2018. This framework includes criteria for reading, writing, listening, speaking, grammar, and pronunciation. A unique aspect of the framework are the standards listed for translation and interpretation – these are seldom seen in language proficiency assessments in any other parts of the world.

These examples highlight the central arguments behind continued government investment in foreign language learning – that languages can unite people across countries and continents, opening access to different cultures and boosting understanding. And as evidenced in a previous Sanako blog post, multilingualism also improves the competitiveness of national and regional economies.

Perhaps the most prominent example of this is Switzerland, where it is estimated that the country’s multilingualism accounts for up to 10% of national GDP. Conversely in the UK, research estimates that it loses out on significant national earnings (equivalent to £48 billion or 3.5% of its GDP every year), because of the population’s poor foreign language skills.

Highlighting the economic and societal importance of learning foreign languages is perhaps the best argument for protestors in UK’s Birmingham to use to keep Aston’s department of history, languages and translation open. Evidence suggests that governments who cut funding for language study will probably come to regret it in this age of global trade and international business.

Sanako has a strong record of working with regional and national governments to support such national language learning and teaching programmes. This includes the Romanian Ministry of Education, Research, Youth and Sports who selected Sanako to equip 200 teacher training centres with its Sanako Study 1200 language lab solutions. Sanako Study has become the industry-standard technology for modern language teachers and it was also deployed by the regional Ministry of Education of Castilla y Leon in Spain to equip more than 100 schools across this region of Northwestern Spain. 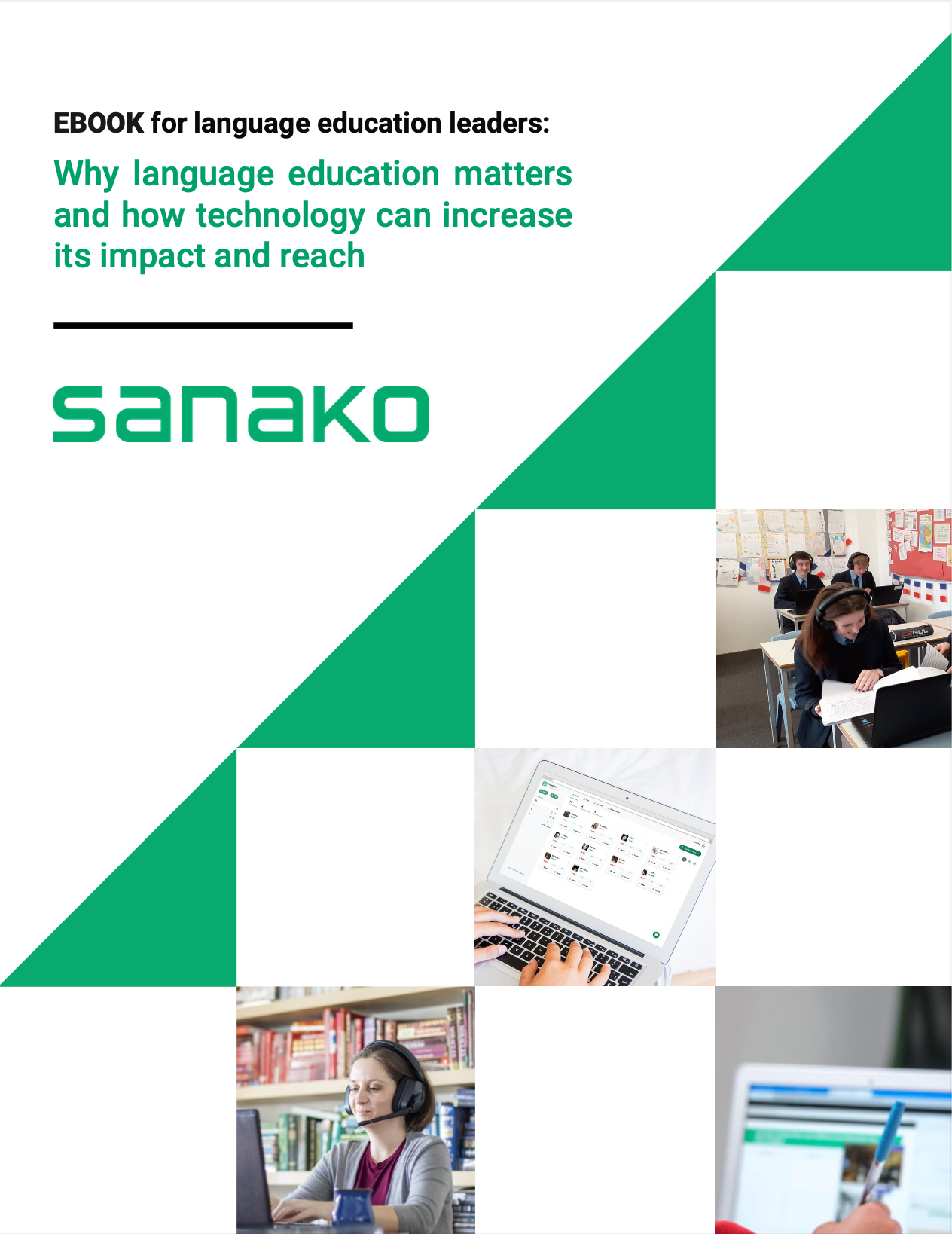