Like much of education, the world of language teaching has its own very specific terminology and is packed full of strange acronyms. Sanako has therefore put together this detailed glossary of terms to help tell the difference between TEFL and TESL and between CELTA and DELTA!

We hope that you find it useful and please email us at info@sanako.com if there’s anything we’ve missed that you’d like to see included in this glossary of language teaching and learning terms!

Refers to how a student pronounces words and phrases when speaking a language. Commonly reflects their native language, where they were born, and sometimes their socio-economic status.

The ability to produce grammatically correct sentences in written or spoken form.

The word advanced refers to levels C1 and C2 as defined in the Global Scale grid of the Common European Framework of Reference for Languages.

Resources in the target language are used for language learning and teaching purposes. This may include podcasts, newspapers, films, travel timetables – the list is endless!

Students who learn best by listening to native speakers and/or by having conversations with other people.

The word beginner refers to levels A1 and A2 as defined in the Global Scale grid of the Common European Framework of Reference for Languages.

BICS is often referred to as “playground English”, “survival English”, or “social language.” It is the basic language ability required for face-to-face communication where linguistic interactions are embedded in a situational context called context-embedded language.

This form of the English language is used in business or industrial settings such as in the office, a negotiation, an interview, or a corporate document.

CELTA is a qualification for teaching English as a foreign language. It focuses on developing practical skills with face-to-face teaching practice, which provides prospective teachers with the techniques and confidence they need to begin teaching as soon as they finish the course.

This is an exercise, test, or assessment consisting of a portion of language with certain items, words, or signs removed, where the participant is asked to replace the missing language item.

Delta is the Diploma in Teaching English to Speakers of Other Languages and it is an advanced TEFL qualification. It can only be taken by qualified English teachers with a few years of teaching experience, who are looking to advance their qualifications.

This occurs when all students in a class are learning the same subject matter but at different levels of difficulty and potentially with different resources.

A commonly used technique in language teaching where students are only able to use the target language and cannot use their mother tongue at all.

Frequent repetition of a grammatical construct or vocabulary in a highly-regimented fashion.

EAL (ENGLISH AS AN ADDITIONAL LANGUAGE)

An EAL student is one whose first language is something other than English.

EFL (ENGLISH AS A FOREIGN LANGUAGE)

This term is used when students want to learn and use English as an additional language in a country where English is not the primary language.

An EL is a student who uses another language in addition to or other than English.

Usually delivered in a classroom, ELD means teaching that has been specifically designed for English language learners to develop their listening, speaking, reading, and writing skills in English.

This is a broad term that refers generically to all types of English language teaching.

ESL (ENGLISH AS A SECOND LANGUAGE)

ESOL (ENGLISH FOR SPEAKERS OF OTHER LANGUAGES)

ESOL refers to the use of English by speakers with different native languages and the teaching of non-native English speakers.

The ability of a learner to easily express themselves in their target language without seeming to make an effort.

A common exercise in which the teacher removes some words from a piece of text which the students then have to complete. The missing words have been specifically chosen to test a particular concept or item of vocabulary.

The part of the language system concerned with the way a language is structured. It usually includes syntax and morphology (including inflections) and sometimes also phonology and semantics.

The word intermediate refers to levels B1 and B2 as identified in the Global Scale grid of the Common European Framework of Reference for Languages.

The IDEA Oral Language Proficiency Test (IPT II), an individually administered measure of speaking and listening proficiency in English as a Second Language. It is designed for children and the test assesses their reading, written, and oral English abilities.

Sometimes called a hands-on learner, a kinesthetic learner prefers to learn by doing, by moving, and by getting involved.

A dedicated or repurposed room in an educational institution with a combination of computers and/or audio equipment for the purpose of language learning. For more information about language labs, see our blog post on the topic here.

Each student is different and will be at a different stage of the language learning journey. These are commonly referred to as levels, such as beginner, intermediate and advanced.

Teaching activities or resources in which the learner has to use a variety of their senses at the same time. This will therefore include listening, seeing, and touching

Someone is proficient in more than two languages.

The language that a person hears and learns in childhood. Often referred to as their mother tongue.

Someone whose native language is the learner’s target language.

Presentation, Practice, and Production – typically seen as the main components of a language lesson.

The part of a language system that is focused on how the target language is spoken, including features such as intonation and stress.

A form of speaking practice where students pretend to be different characters in order to make the conversation more realistic.

This term refers to the language in which a particular learning material or resource is presented.

This is the language that the student wishes to learn or the language into which material is being translated.

This language teaching strategy recognises that language is a tool that we use to communicate in order to get things done. So TBLT focuses students on solving tasks that involve the realistic use of target language, rather than simply concentrating on grammatical and linguistic concepts or communicative functions. For more information, see our blog post on the topic here.

A graduate qualification that is widely offered by universities globally. It allows the language educator to work at the university level.

TESOL (TEACHERS OF ENGLISH TO SPEAKERS OF OTHER LANGUAGES)

Teachers gain a TESOL certification with the intention to teach English to EFL learners i.e to non-native speakers in a country where English is or is not the primary language.

The term also refers to the TESOL International Association, the largest international, professional organization for teachers of English as a second or foreign language.

Teachers with a TESL certification typically plan to teach English to non-native speakers in a country where English is the primary language, such as Australia or Canada.

A broad term that pertains to the teaching of English to people whose first language is not English, especially people from a country where English is not spoken.

TOEFL (TEST OF ENGLISH AS A FOREIGN LANGUAGE)

This is a standardized test that measures the English language ability of non-native speakers wishing to enroll in English-speaking universities. The test is accepted by more than 11,000 universities and other institutions in over 150 countries.

TOEIC is an international standardized test of English language proficiency for non-native speakers. It is intentionally designed to measure the everyday English skills of people working in an international environment.

Use is how the target language is actually used in real-life communication. This is different from usage, which refers to the rules for making language, i.e. the structures used.

An online environment that allows teachers and learners to see, hear and interact with each other in real-time. Participants can also share and view teaching resources, conduct tests or exercises, and through which teachers can provide feedback and results. Sanako Connect is a great example of a virtual classroom.

This word has two key meanings for language learning/teaching. It relates to both the language system that is concerned with knowledge of words and the words known and understood by a particular student.

Activities that encourage students to use all aspects of language – speaking, listening, writing, and reading. 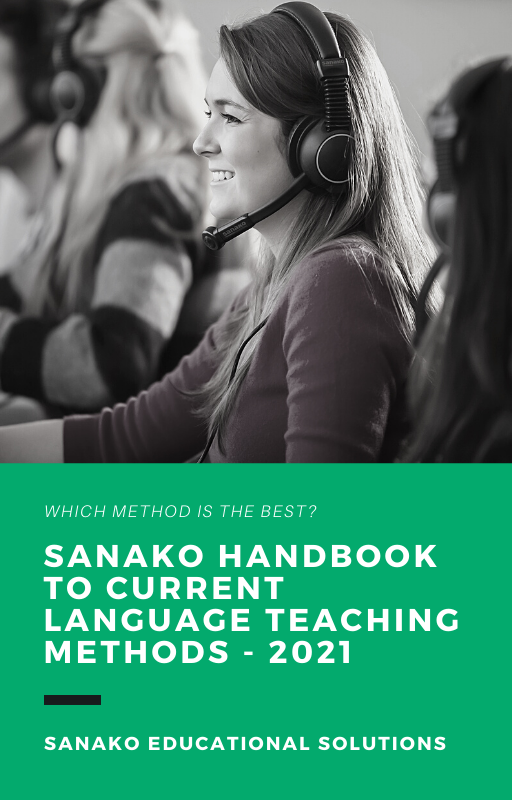